Champion Auto in Maine started in 1993, wholesaling automobiles, but Mario prefers buying to selling. His office is a portion of his collection which looks more like a museum of vintage signs and automotive history. Mario was born in Canada, moving to Maine when he was six-years-old. He runs his office with his business partner, Nancy, while his kids run the body shop across the street. When Mario is not buying cars, he is buying signs and parts and anything he feels he can use for an automotive build or a piece of art. He is a hunter of rust, and every day he hunts. 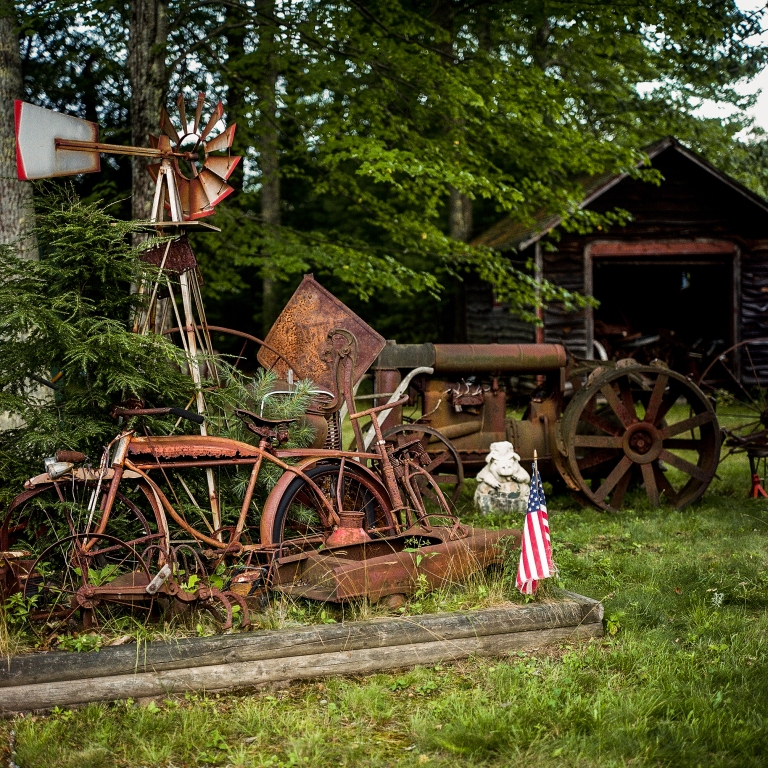 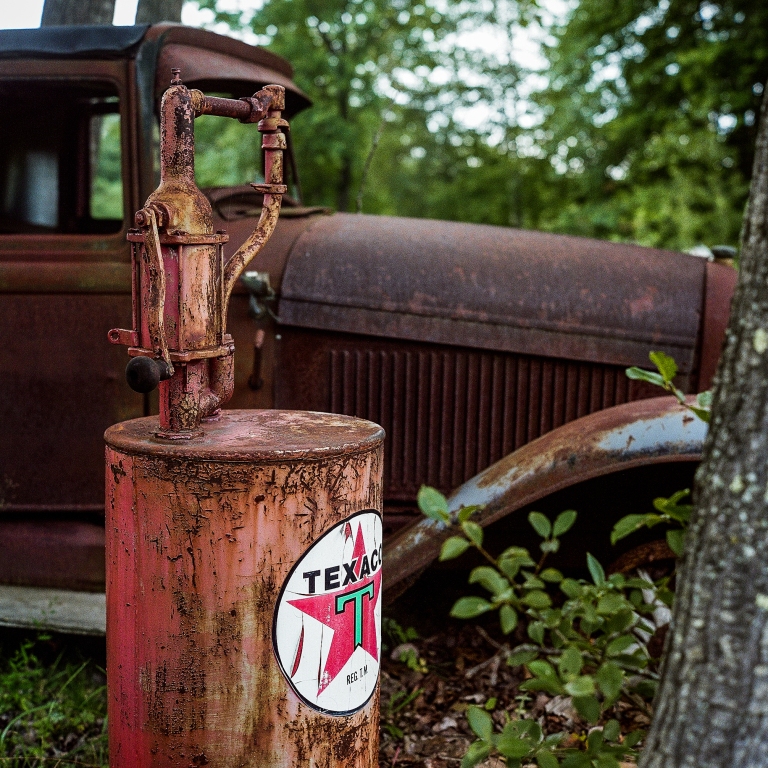 “I don’t sell any of it,” Mario says. “I hold a sale twice a year on Labor Day and Memorial Day, but I don’t take anything out of my collection. As I buy stuff throughout the year, I’ll put them away in trailers out back and then put that stuff for sale. It’s only for hobby, really.”

“I’ll tell you a cute story,” Nancy says. “Years ago, I was selling antiques and I had booths set up and some people came in from California. Mario had a cast iron motorcycle in the case that didn’t have a price on it. So, I carried it up and they’re following behind me. I go, ‘Mario, they’re interested in buying this. How much is it?’ He took it. He held it. He goes, ‘I haven’t played with it yet!’ And he wouldn’t sell it to them. And we found out later that these were high-end toy buyers from California.”

“Money wasn’t the problem,” Mario replies. “I’m just not ready to sell it. It’s very hard to find the next one.”

“I bought a house down in North Carolina because motels got so expensive,” Mario explains. “I would travel down for stuff, so I bought a house down there so I could stop and work on my truck. It’s so much cheaper down there anyway. Motels are too much money now and they don’t let you work on your cars. I would head down, fill the truck up with signs and toys. I’ll do it until I get tired of it. Well, I’ll never get tired of it, but I’ll sell everything when I decide I don’t want to stay and babysit it anymore. Then, I’ll get rid of everything. I’m babysitting it. Now, you have to worry about all the thieves. Some guys came and stole a couple signs off the building last year when I was away in Florida. So, when I’m gone, I worry about that.” 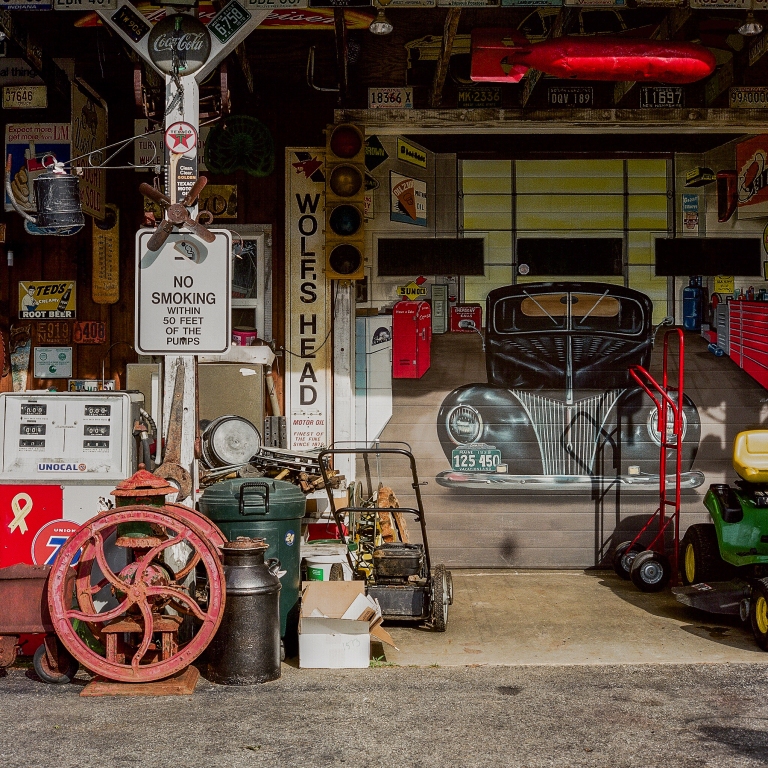 Mario creates art out of his finds. He builds seats from old milk jugs and tractor seats. He even created a Christmas tree out of hubcaps.

“I did the tree over five years ago,” he says. “It gets a lot of attention. It had Christmas lights all over it so I put it on for the winter. I had a lot of hubcaps, but when people saw me doing the project, they would bring them to me to help with the project.” 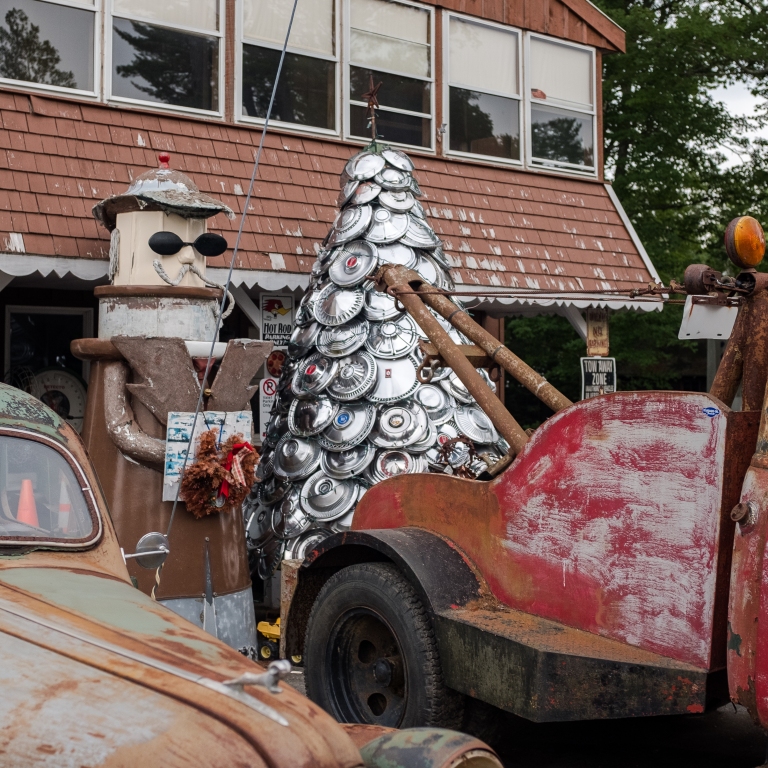 “I like rust,” Mario says enthusiastically. “I’ve always liked rust. All my hotrods were all ratrods. When I do a car up, it will go on a modern chassis, but I won’t paint it. It will stay just like it is.” 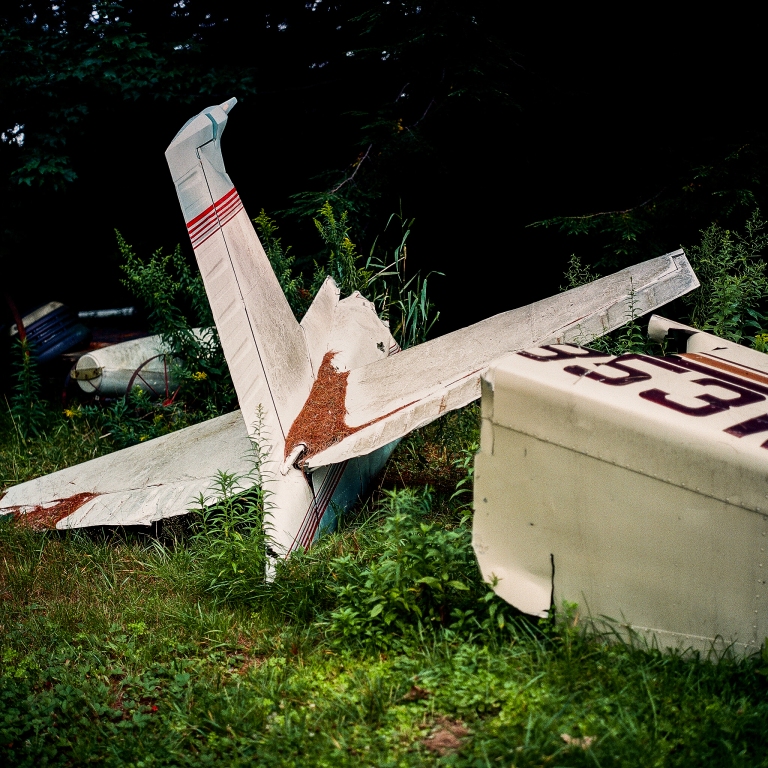 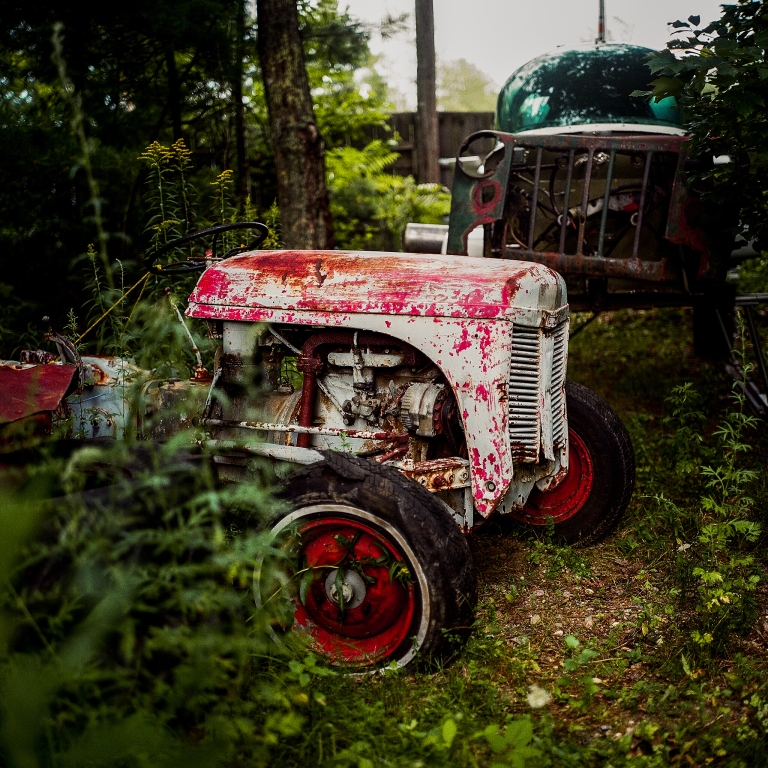 “Most of my signs have been there hanging for 30 years now,” Mario explains. “I used to have more but I sold a bunch when I needed money. When I needed money, I sold stuff. Now, I don’t get myself into that situation where I need money so I don’t have to sell anything. But, whenever I needed large amounts of money, I sold stuff. I needed $25,000 to buy a piece of land one day, so I sold $25,000 worth of toys and signs to one guy alone. He was building a museum, so he said, ‘Perfect, I’ll buy these.'”