I met Everett while on tour through New England with the old Rolleiflex. He retired from the electronic warfare division of a defense company in 1995 and has been restoring his historic house and enjoying his land and cars ever since. I stopped to shoot his rusty Dodge out front for my book but knocked on his door and no one answered. He pulled up as I was getting ready to leave and asked why I was in his driveway, a common question asked on my travels. I told him I am photographing rust and anything NFS across America. Then he saw the old camera and said, “Alright. Meet me by the garage and I’ll show you a car.” He told me he had traded a Corvette pace car (and cash) for this about 30 years ago after it was sitting in another local barn for decades needing some love. He said, “That guy wanted a Corvette, and I wanted a Packard.” 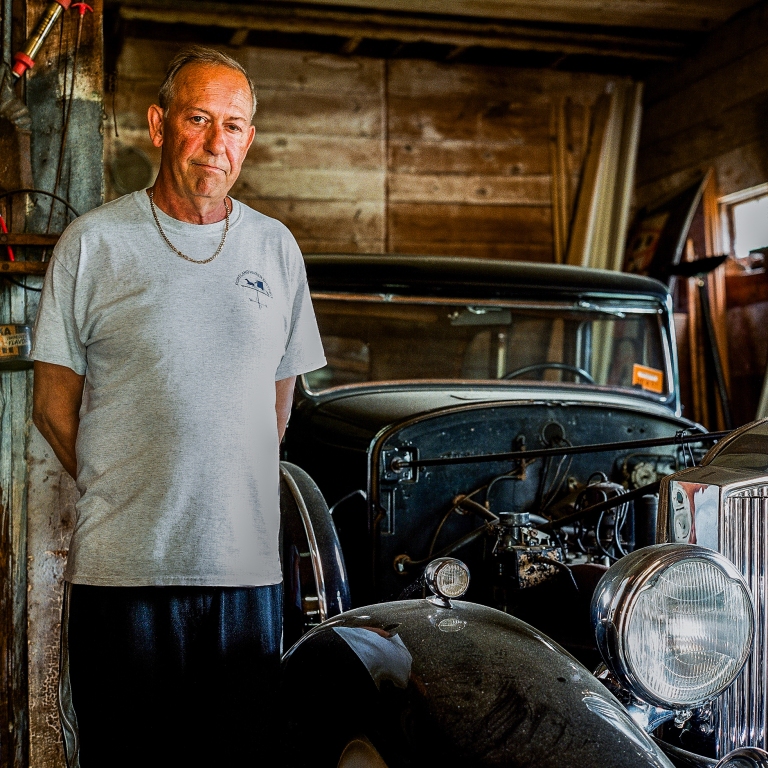