There is a wonderment that accompanies a row of cars and trucks collecting rust and dust along a roadside. Outside of Steve’s Garage in Carthage, Missouri, these vintage vehicles have collected thousands of miles of family memories for Steve, and now sit as a reminder of the life that he has lived.

“I got my driver’s license in that ’59 Mercury,” Steve says enthusiastically. “Dad bought that for my stepmom in 1961.”

Steve was born in 1955, and spent his life in Carthage, when not on the road with his father, working construction.

“In ’61, I was in the first grade,” he explains. “That’s when dad bought it. I was going to school right up here, where Walgreens is now. When I first drove it, I was 15. That’s what I got my permit in and my license in.” 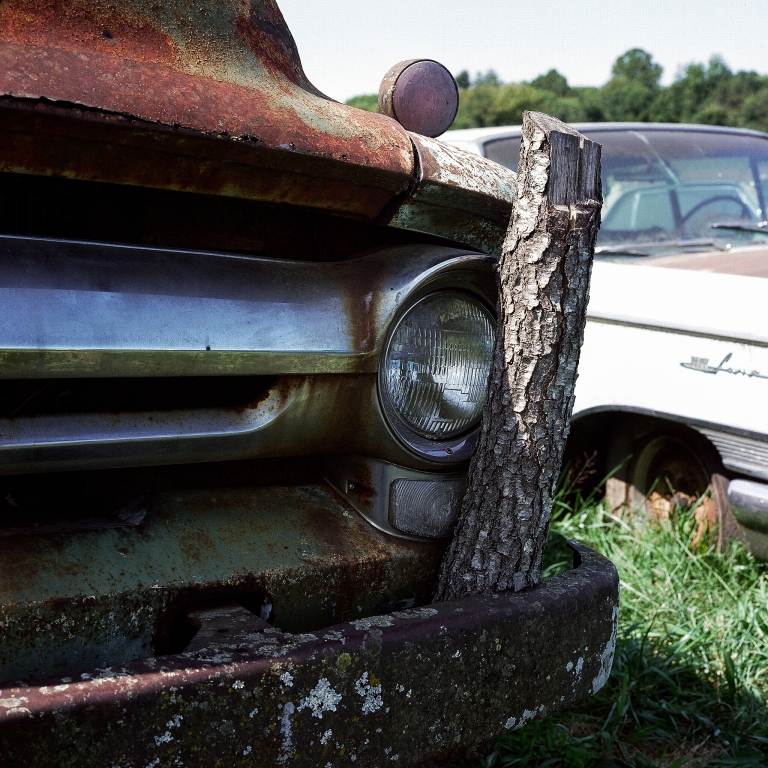 “Dad used to load that ’59 Mercury up in the back of this dump truck and we’d take it to Kansas City,” Steve says. “We did a lot of roads up in that area. I gotta do something with that Mercury. I started it up just about a month ago and drove from down there in the woods to up here. But I gotta do something because the damn groundhog ate the wire off the coil. That groundhog just tears them all to heck. But they’re about to sell that land down there by the greenhouse, and I have to get everything out of that area down there. I was thinking maybe I’ll have an auction to sell some of these cars. I don’t think I’ll ever do anything with some of them.”
Some of them have been sitting so long, they were being claimed by the earth.
“It put a dent in the fender there,” Steve says of his truck with a tree trunk which grew through the bumper. “It was right down there in the woods. I moved in down there to a greenhouse years ago and put everything down there in the woods. My father and I built this truck.” 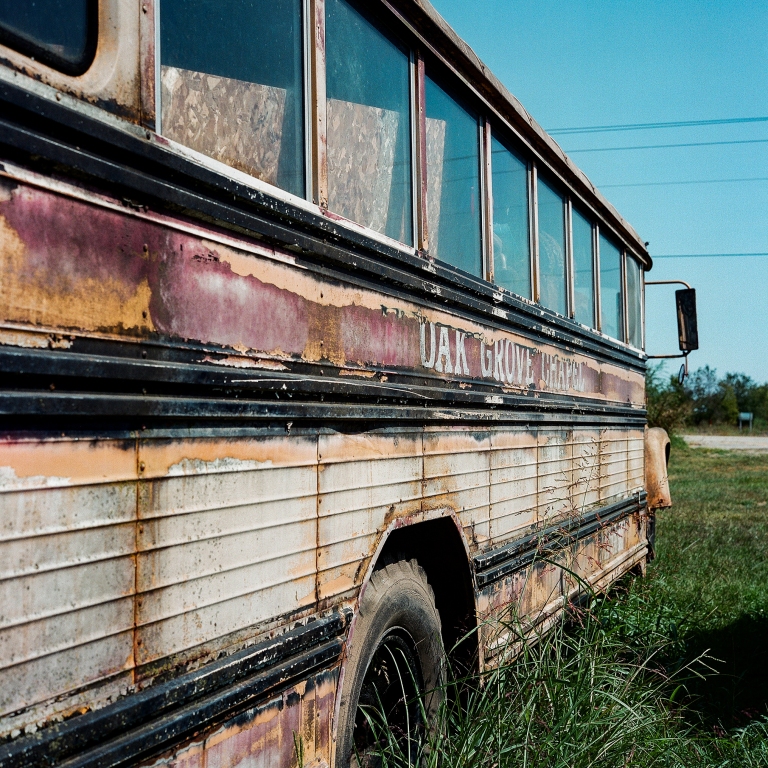 “I bought that school bus when we had the dump truck business going,” he says. “We were going from town to town to put down roads, so I got the school bus to live in instead of buying a motel room every night. I drove it all around. I started it up the other day from down in the woods where it was, and someone come up and offered to buy it for $500 as is. Well, I only paid $200 for it back then. I bought it back in ’74 or ’75. I pretty much lived in it for a little over two years.”

“I have done this all my life, and this is what people have always had me do,” Steve says. “Fix things. My kids grew up right here in this garage, basically. But, I had a little deal with cancer, and I got rid of it, they think. They’re still checking on me, but it was about a year ago now. But, I decided that I have to get rid of some of these things. It’s too much. When I first started out, I did this in my driveway for years. People stop by sometimes and they want to buy my cars, but I haven’t even thought about it. I don’t even know what they are worth.”
Steve does know what they are worth to him, and that they were worth saving all these years.
“Everybody tells me that I’m too sentimental,” Steve says. “I look at everything and see my family in it.”