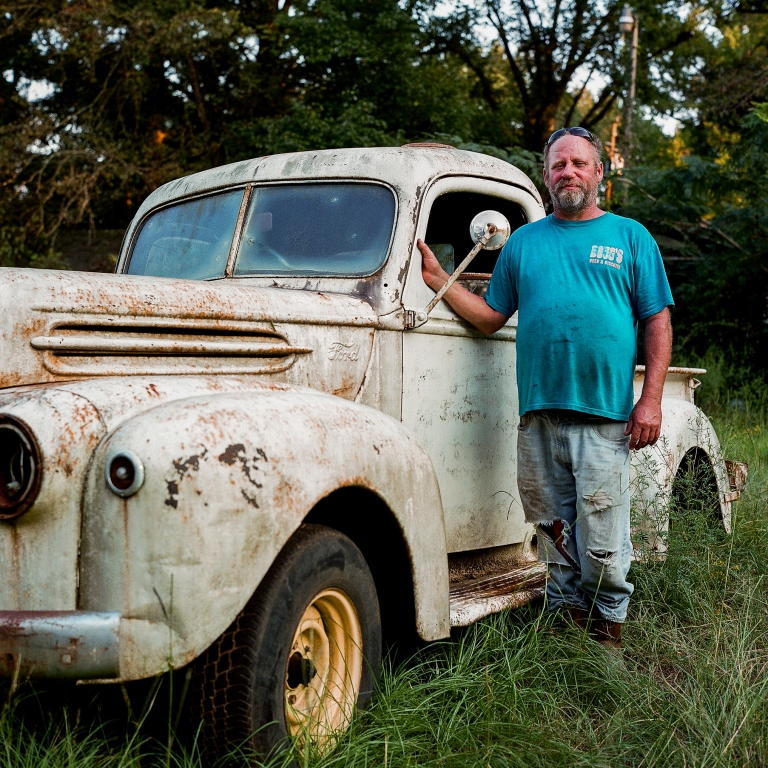 Louis Baresch Jr. was a baker from Austria. He was born in 1903. When he came to America, he and his wife opened up a bakery in Hot Springs, Arkansas. Their grandson, Charles, a retired Army veteran, lives along a backroad in Arkansas where he collects old cars and trucks and fixes anything he can get his hands on.
“My grandfather was gambling one night in Hot Springs, and he won 1000 acres of land,” Charles explains. “He lost all of it by the end of the night. So, my grandfather’s first wife tried to stab and kill him, at least that is how the story goes, so he got rid of her and met my grandmother.”

“My grandmother was one of the first operators for AT&T in the state of Arkansas, back with Bell Telephone,” he says. “Well, she had stock, and they cashed all that in and opened up the bakery. This is back in the 20s. My grandma had some property, my grandpa knew how to bake, so they started a bakery. My grandfather made really amazing cakes. Really beautiful cakes. He was a master. His specialty was also the Toastmaster Loaf. My grandfather worked on a lot of stuff, and he had a lot of land. The bakery was in McGehee in the 1920s during the flood. They were working the date of the big flood. After the floodwaters, the people would come in a trade him land for food, for a whole year. He eventually sold the Toastmaster Loaf to Wonder, I think, or maybe it was Sunbeam. One of them bought it from my grandpa.”

“That truck I will always keep, because that belonged to my grandfather,” Charles says. “He got this truck from the Army surplus after the war. I think it was green back then. It sat for a very long time. It’s a 1946 Ford. I told my dad that if he let me take it home, I would get it running again. So, I did. My dad had not driven it in many years. He would get it running when I was a boy, that old flathead. He would oil it up and he would carry me for a ride. In about 1967, when I was two, I rode in this truck from Little Rock with my father. I was bundled up in the seat. That was back when these were all dirt roads. My dad and my grandfather would work on it all the time. I’ve been offered a little money for it, but it’s just a rusted out old truck. But I won’t sell it. It was my grandfather’s truck. That’s my family, man. But, now I’ve got my own stuff and I’m trying to leave something for my children.” 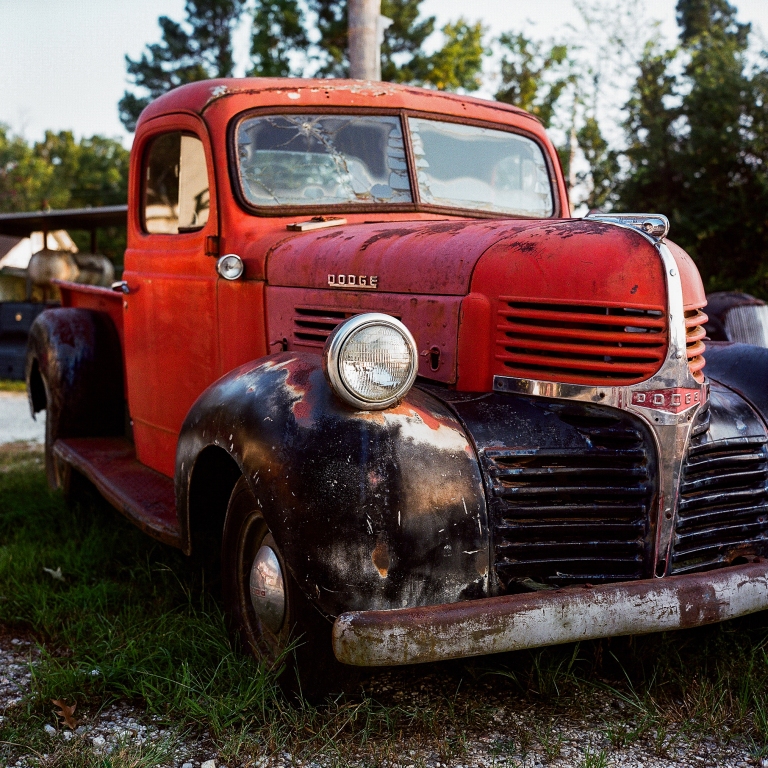 Charles buys and trades locally in his small American town. While he does travel to meets occasionally, the history captivates his pride and passion with his local finds.
“That’s a pretty good old Mercury,” he says enthusiastically. “1954 two-door sport version. First year of the overhead valve on the Ford and Mercury. There was this local guy that had it. I had a Harley that he wanted. So, we did some trading.”

These old cars and trucks have a way of sparking memories and keeping family history alive within the stories shared by those who bother to stop and show interest. They became more than a means of transportation and more a reminder of how things were and the people who brought us here.
“This 1930 Ford Model A came from Hot Springs, up there in Al Capone gangster land,” Charles says. “It came out of a museum where it sat for 40 years. That’s only 30 miles from here. That’s where all the gangsters hung out back then. That’s where the bakery was. My folks worked at the bakery too. Al Capone came over and got a cake from my grandfather once. He was a master baker. He made those beautiful decorative cakes. Well, one of Al’s henchman was getting married, so my grandfather delivered a cake from the bakery to the Arlington Hotel, and Al tipped him like $5.”