Off a two-lane highway in New Jersey, there is a farm. You will not find horses or cows or goats or chickens on this farm. You will find hubcaps. This is roadside America and a reminder of why so many families have enjoyed roadtripping throughout the country for so many decades. Frank’s Hubcap Farm has been here since the 1960s and thousands and thousands of folks passing by have taken notice. Whether Frank is cruising around car shows and Grateful Dead concert parking lots in his Volkswagen Bus or hitting the local swap meets and flea markets and yard sales for more hubcaps for the collection, he is a local legend and a rock star in his own rite. His little slice of Americana is even immortalized in lyric by another Jersey legend named Bruce Springsteen, who sang of the ‘Hubcap Heaven,’ as he called it, and Volkswagen vans in his song, ‘The Angel.’ 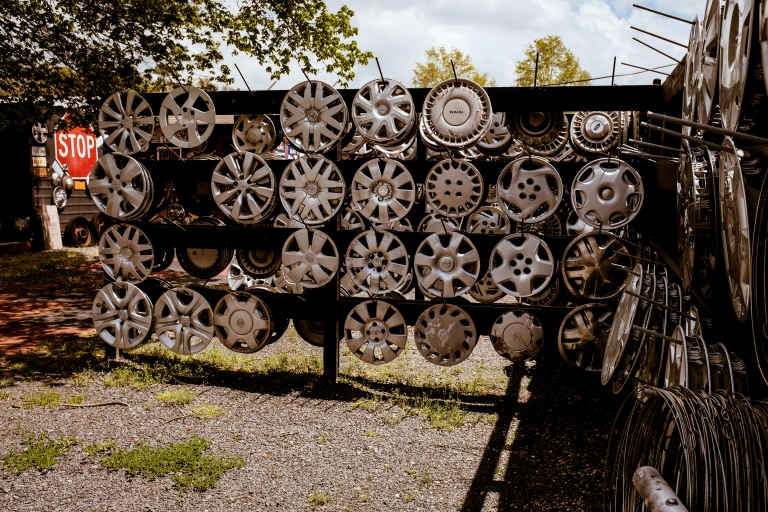 “I have had hundreds of people stop here and ask if this is the place where Bruce Springsteen shot photos back in the day,” Frank says. “They want to come in and take pictures. Some of them have grabbed a hubcap as a souvenir to take back with them. In the mid-80s, when ‘Born in the USA’ came out, that’s when it really took off. I have has people from Washington DC to Washington state stop by here. I have had people here from the Netherlands, Japan, England, China, and France. Bruce’s actual quote was, ‘On my way from Asbury to Freehold, I spotted an old junkyard specializing in hubcaps. Although I don’t know the actual name, I call it Hubcap Heaven.’ He sings about going to Hubcap Heaven, and he is referring to this place. We call it the Hubcap Farm since my father was a farmer. He sold produce out of here. It was a bustling business back in the 70s.” 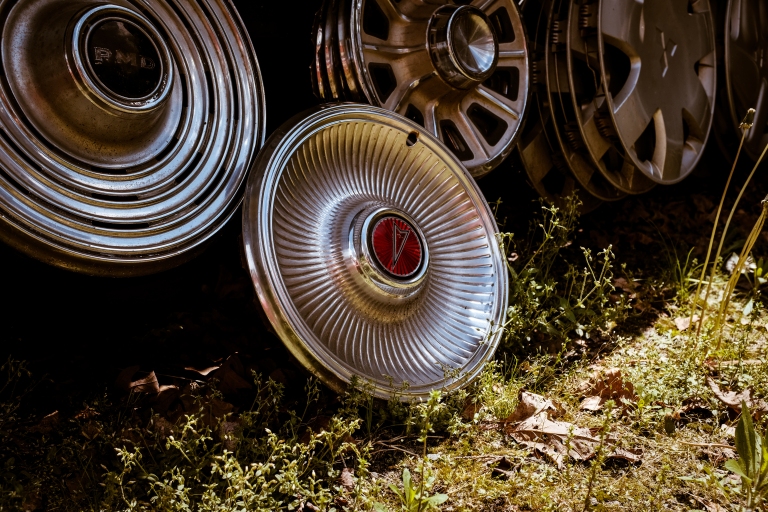 “When people ask me where I get the hubcaps, I say junkyards, yard sales, flea markets, swap meets,” Frank explains. “That’s basically where I get them. I was born in 1963. My father started collecting the hubcaps around 1965. Back then, everything was for sale. He sold his produce and all the junk. He never threw anything out. The things I did take to the junkyard back then, just to get rid of, I am so sorry I did now. So, he started hanging them up, and before he knew it, it was a business. That is how this all started. It started with one hubcap hanging on a fence. I was born and raised right here. I have been here my whole life. I have done this, going out to search for hubcaps, every weekend of my life. If I had my way, I would have a sign made of hubcaps that says Hubcap Farm, but the town doesn’t want it. They call this an eyesore. My wife is the organizer of them all.”

“This is a landmark now,” he says. “I tell people I am the hubcap guy and they all know me. I was in Atlantic City talking to people and I mentioned the farm and they go, ‘Oh, I know that place! I have been by there!’ I bring my 1967 Volkswagen Bus out and people know me everywhere I take it. I drove it up to Woodstock to see the Grateful Dead. It has about 75,000 miles on it, all original. It has the original hubcaps too. Back in the day, every other car was a Volkswagen. Any nut and bolt you want to buy for this, any piece at all, you can still find. I worked on this for a year and half straight. It was a rust bucket when I started.” 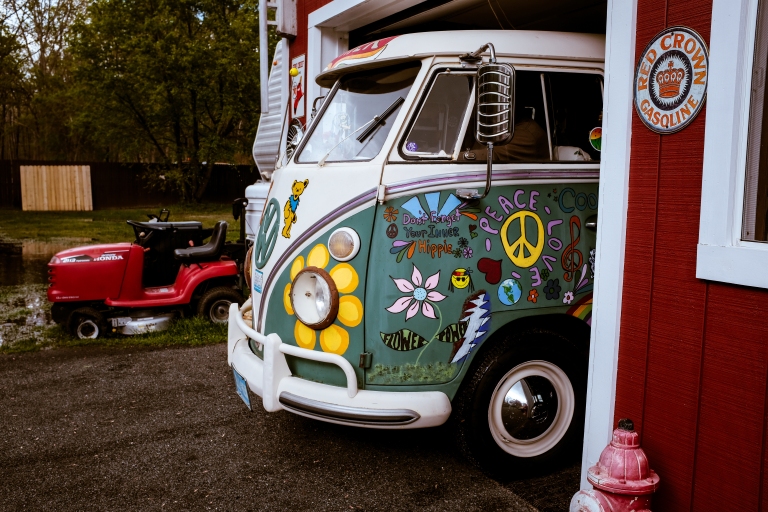 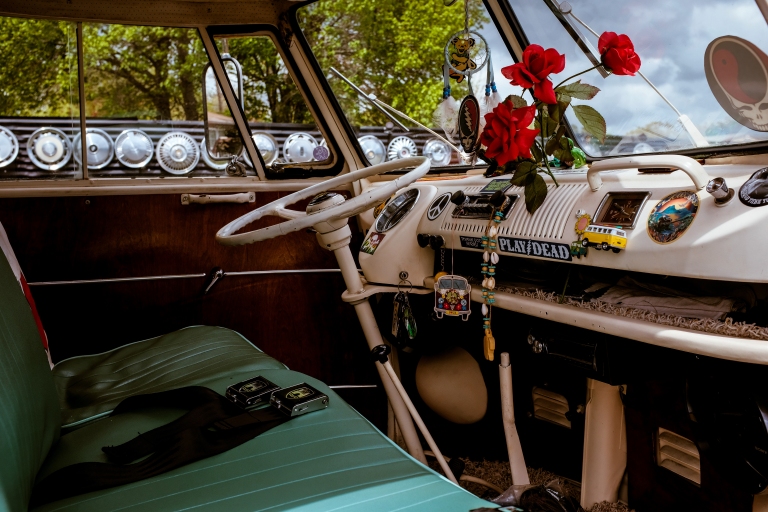 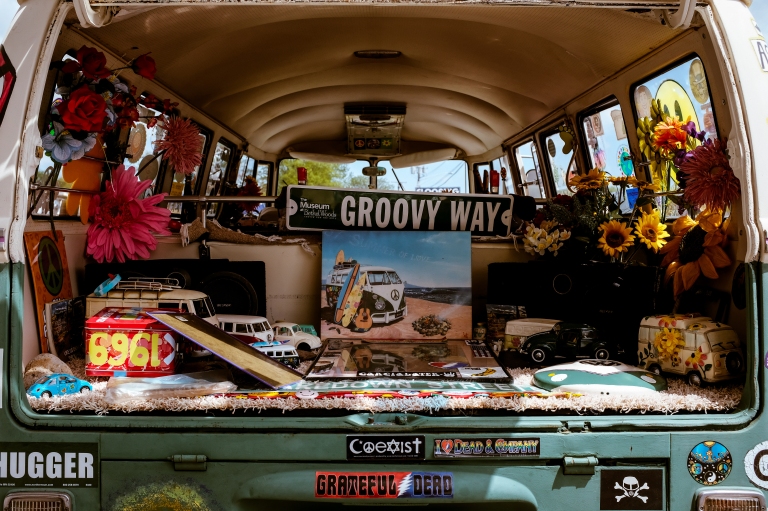 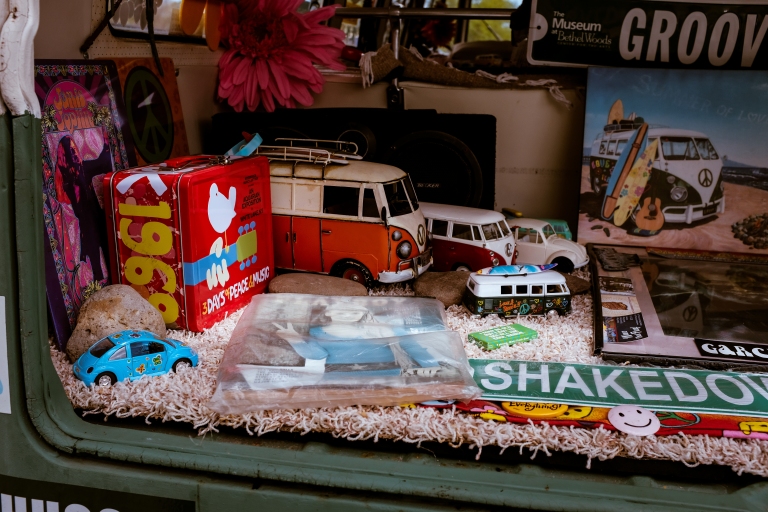 “There a tie between the Grateful Dead and the bus and the hubcaps,” Frank says. “It represents a time in America. My daughters painted the bus. When they are here, they continuously add to it. It smiles at you. I read a quote somewhere… ‘Nowhere has there ever been a vehicle that put so many smiles on people’s faces.’ I’m like a rock star in this bus. It is a lot of fun. And they all know me as the hubcap guy, wherever I go.” 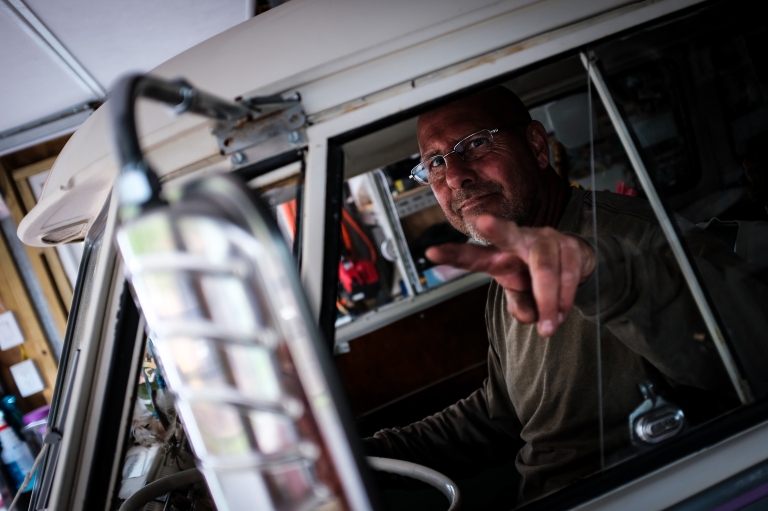 One thought on “The ‘Hubcap Heaven’”