Ricky Bobby’s Rod shop is an operation, a dream of one man, in a garage on a backroad in Manchester, Tennessee. Ricky ‘Bobby’ Lee Brown and his partner, Justin, hand-build custom rat rods for the elitist of hot rod collectors.

“The customers come to us,” Justin, the shop’s fabricator, says. “They’ll bring us the body or we will find them one. Most of the time they know what they want but they let us interpret it however we want to.” 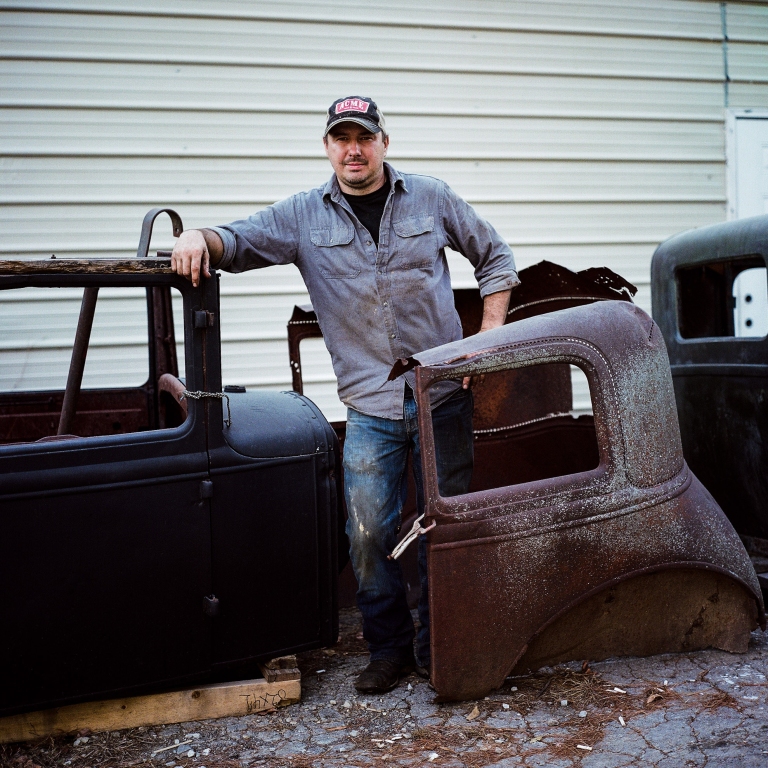 “We build everything from the frame up,” he explains. “We get a body. We decide how long it will be, if we are going to shorten it. After we get all of our measurements, we get the body squared up and build the frame off of that. Then we sit the body down on it and start making body mounts and tunnels and get the motor fitting.”
These are not motors of yesterday. Some motors they use are brand new 351 Windsors and LS 6.0s with superchargers.

“We build the frames. We do all the metal. We do everything. We do a lot of fabricating,” Ricky ‘Bobby’ Lee Brown, the shop’s owner and builder, tells me. “The first ten or so were just for me. I used to not work for customers. I used to just build my own. Then this all started. “I have shipped two to China, one to Germany, and one went to Amsterdam. I’ve done 45. This will make 48 right here when we get these three done. 48 complete builds.”
“They are exotic,” Ricky continues. “When they are all done, even though they are small, they have so much room in them. They have four-bars and coilovers and are like a racecar. The seats are all underneath the frame which gives you all kinds of head room and leg room. Some are six-speeds, some seven-speed automatics, some five-speeds. All the bodies are Fords.” 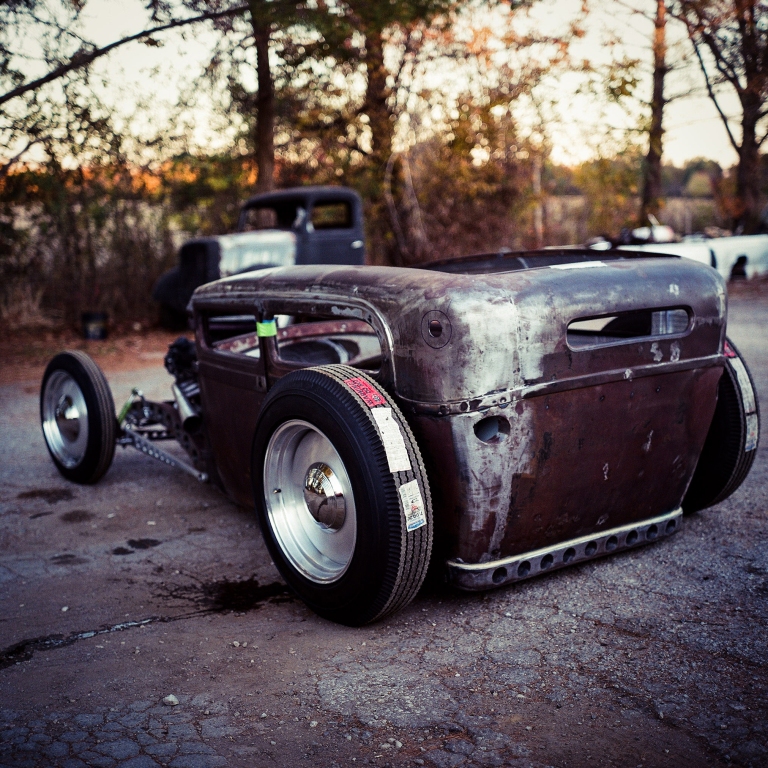 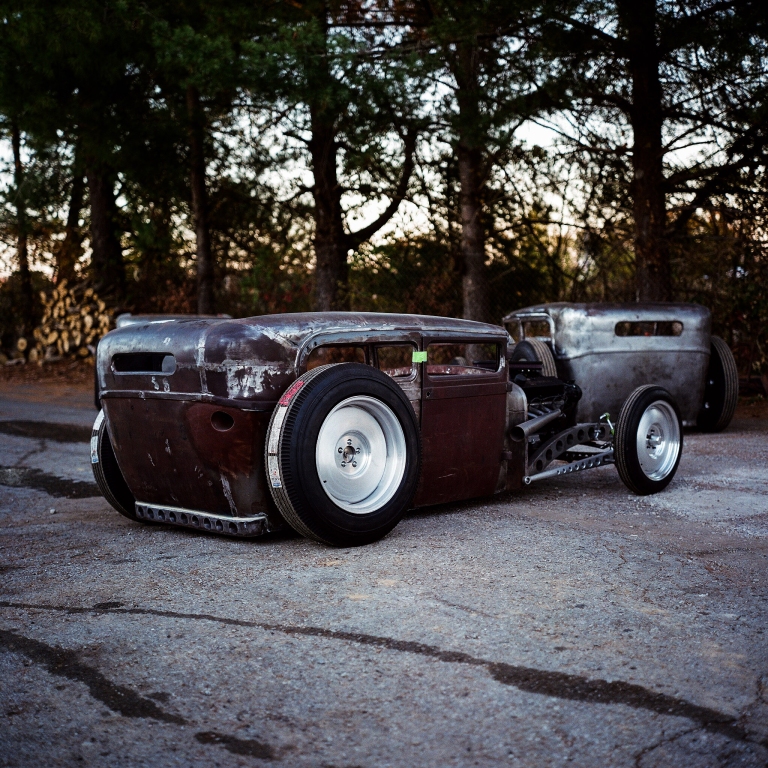 “He does the body work,” Ricky says of his partner, Justin. “We split the fabrication work. I like to do the mechanical work. It is a lot of work.” 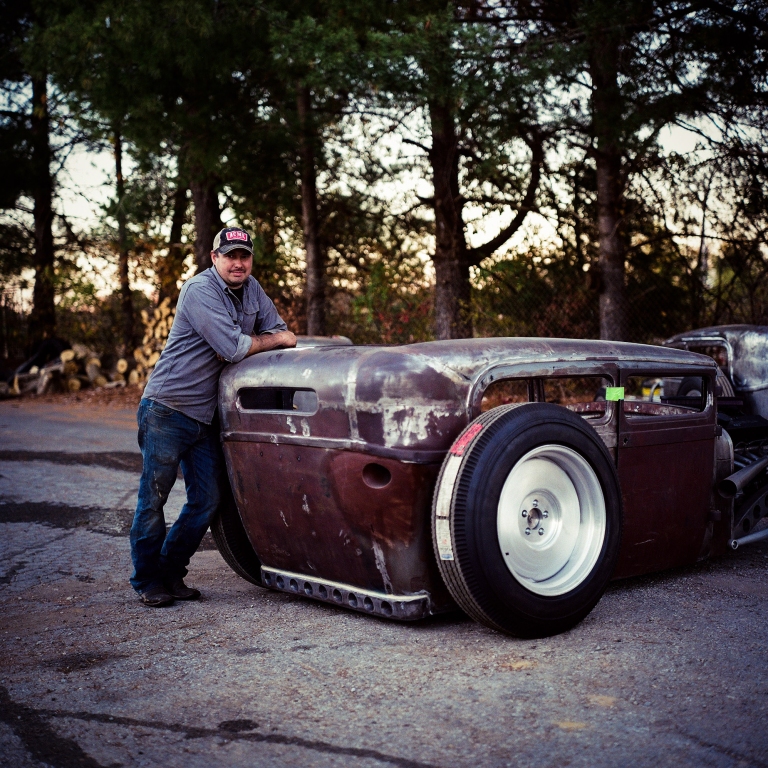 “People don’t realize what it takes to make something drive down the road,” Ricky says. “Someone’s alternator goes bad on their car and they go, ‘Oh, no! My car’s falling apart!’ They don’t understand there is a hundred-thousand components in a vehicle and they got one that went bad and they think the end of the world. They are making cars disposable now. They are good cars, but they will never be like a classic car. You may have to work on a classic car all the time, but they stay valuable. That Ford Model A over there cost $313 or $314 brand new with every option you could get. I get $4000 a piece for those bodies now. And when they are all done up, I have sold them for $130,000. It’s crazy. And it all starts with a car that only cost $300 new. That is almost as good as gold.”
When asked about his favorite car he has built thus far, Ricky responds saying, “My favorite one is the next one. I like them all.”

I recently revisited Ricky while passing through Tennessee with the old Rolleiflex camera. These are photographs of the progress on the same cars, ten months later. 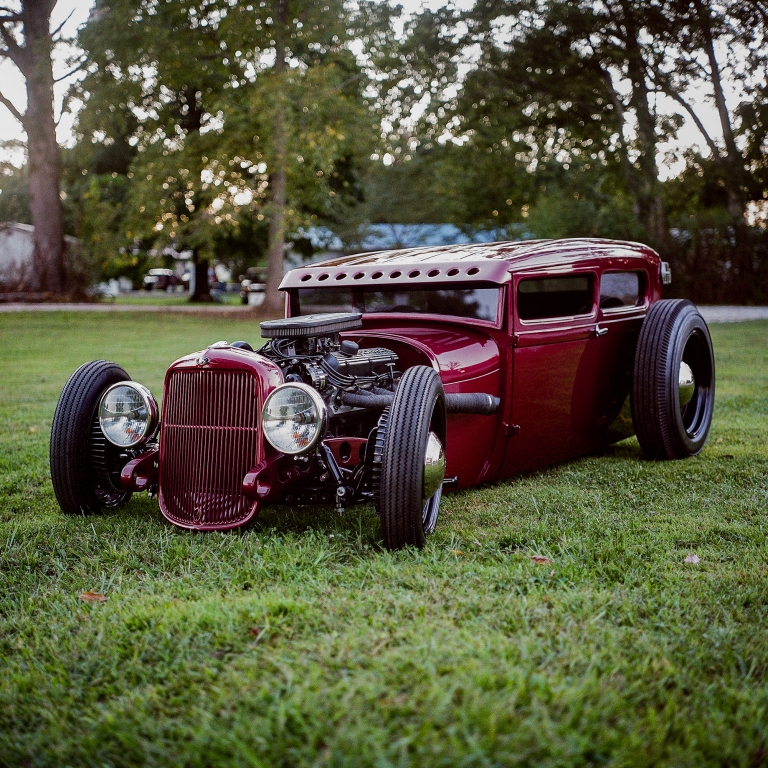 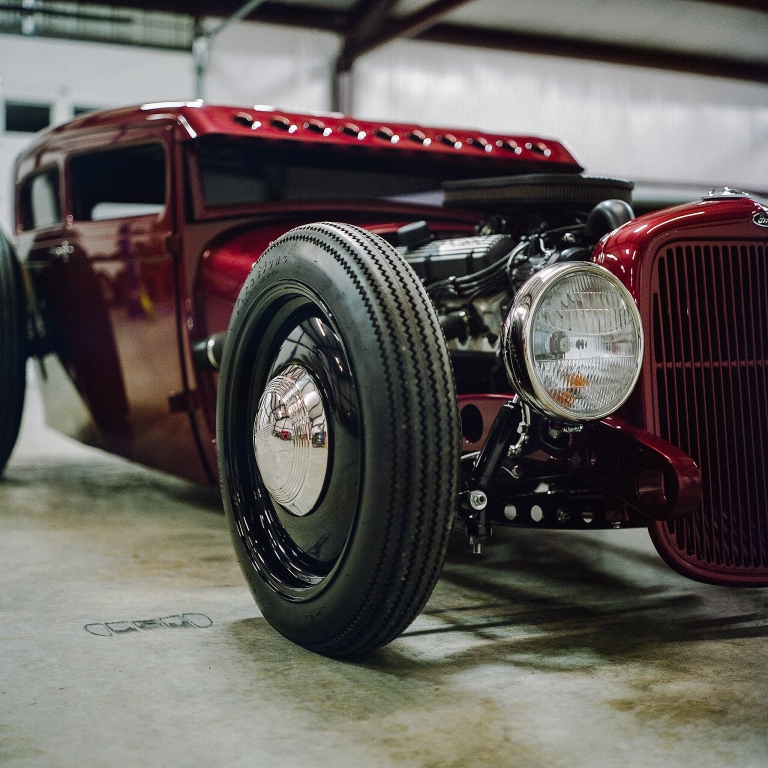 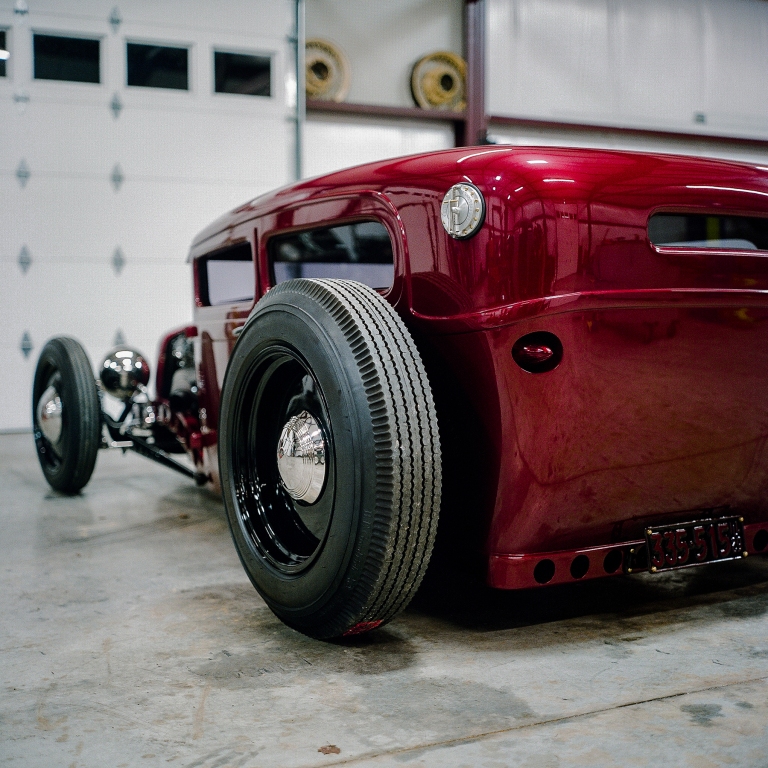