Some of the older junkyards can really make you wonder, “Why would someone scrap these old cars?!” What is important to remember with some of these old yards is that when many of the vehicles were scrapped, they were far from being considered a classic. Decades would pass before anyone would show interest in restoring one, often to the point where these cars and trucks become too far gone to travel down a road again.
In 1958, George opened Friendship Auto Salvage in New Jersey’s Pinelands. Today, his son, Jim, continues operating the family business. 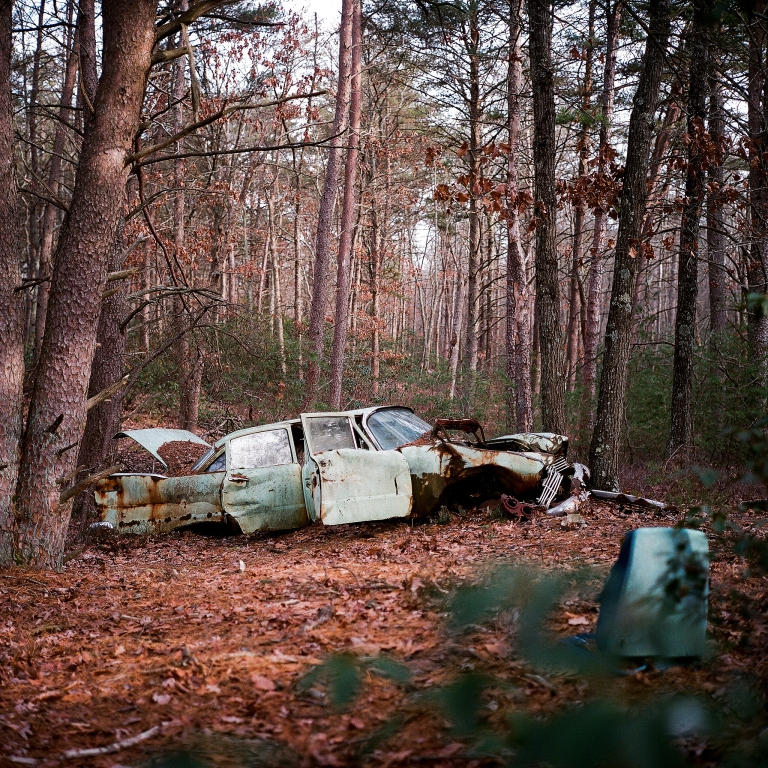 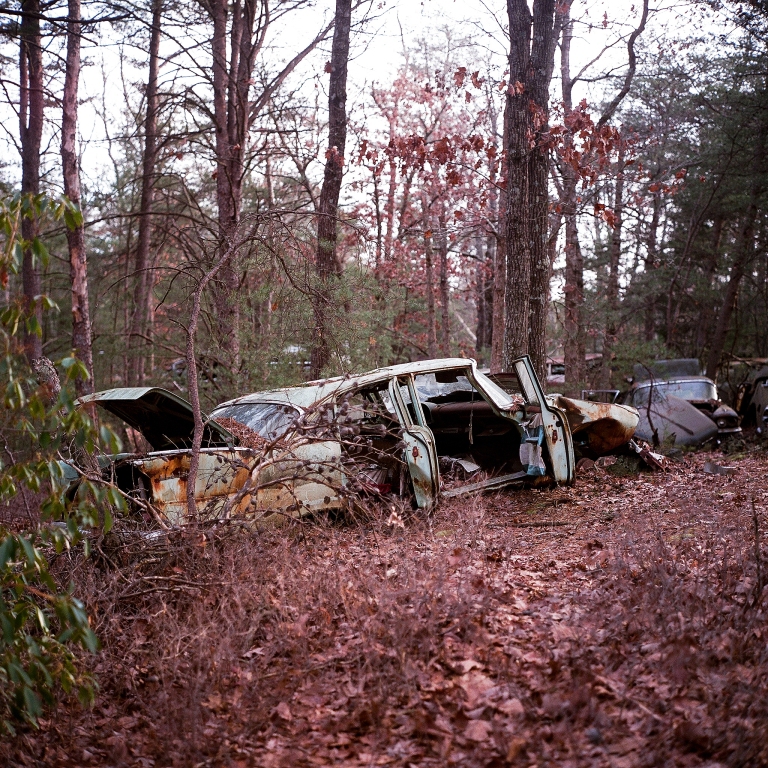 The deeper back into the woods, the older the vehicles get, and the more faded and rusted and rotted they get. Over a half-century of weather and wildlife claiming discarded cars and trucks once brand new off the assembly line to a showroom floor before racking up the miles. Somewhere along that road, they reached a resting place, left within a collection of shells, parts long removed, paint long faded, reminders of a time gone by. 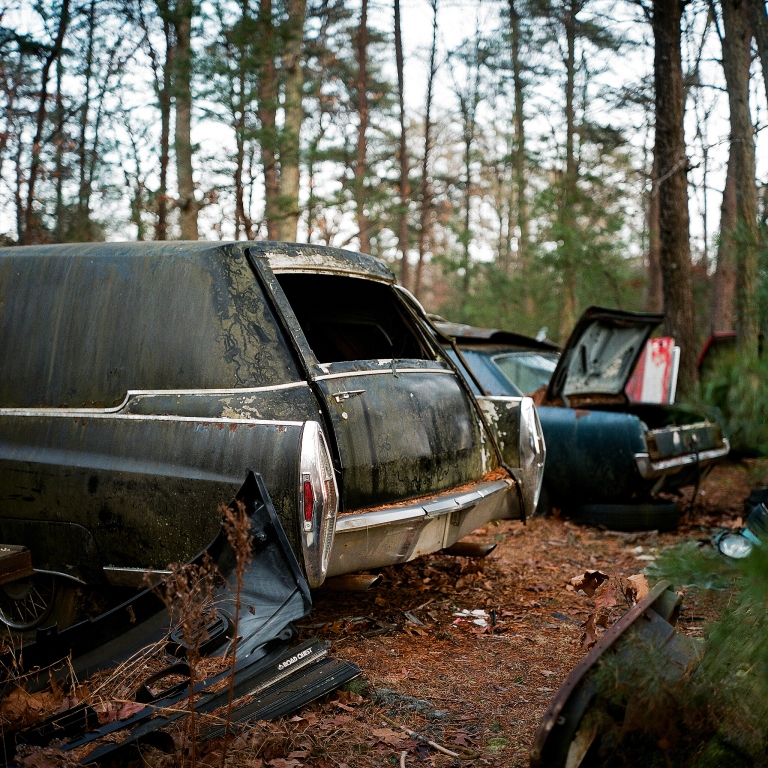 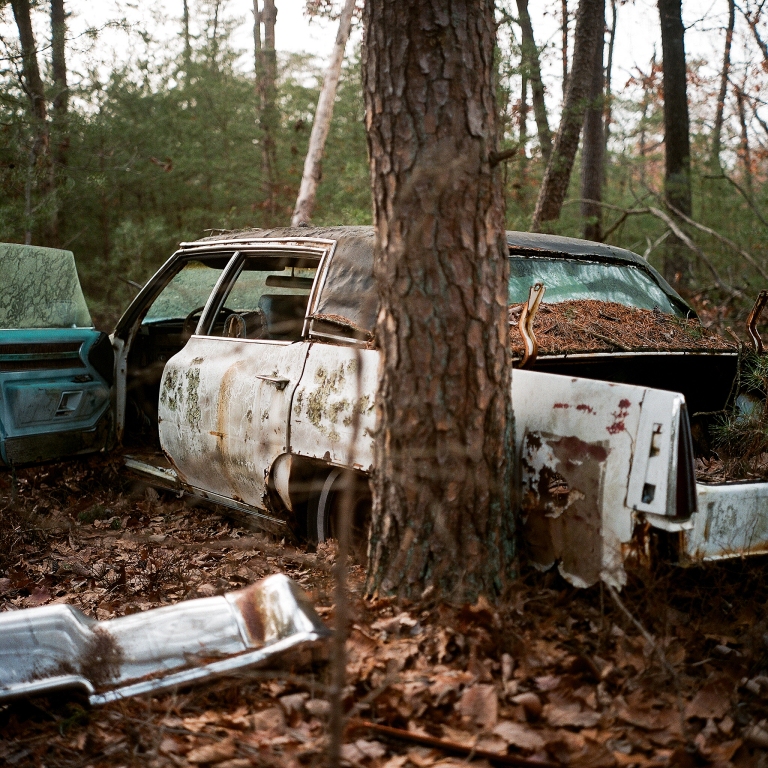 These cars and trucks, left alone, left outdoors, left to let time and nature take their toll, can make one wonder just how many of these machines did not make it long enough to be photographed today, in any condition. Some cars get preserved, some get restored, some get left alone and forgotten, but so many others met their fate at the crusher, stripped of parts and sold as scrap. As sad a reminder these old faded automobiles can be, there is a beauty in the life they still live in their environments, as environments, as homes to animals and insects, as a part of the surroundings they had been left within, claimed by the land. 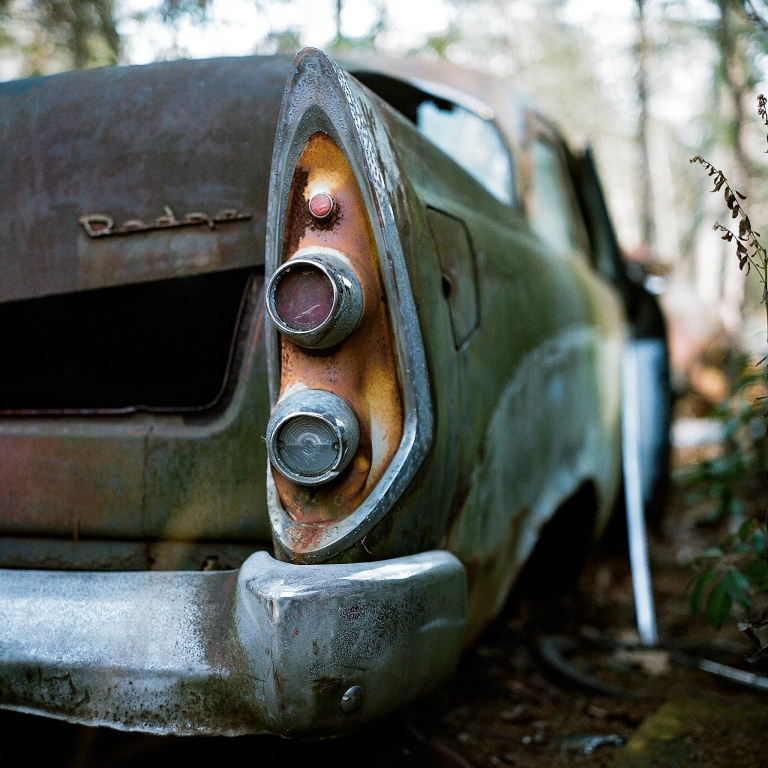 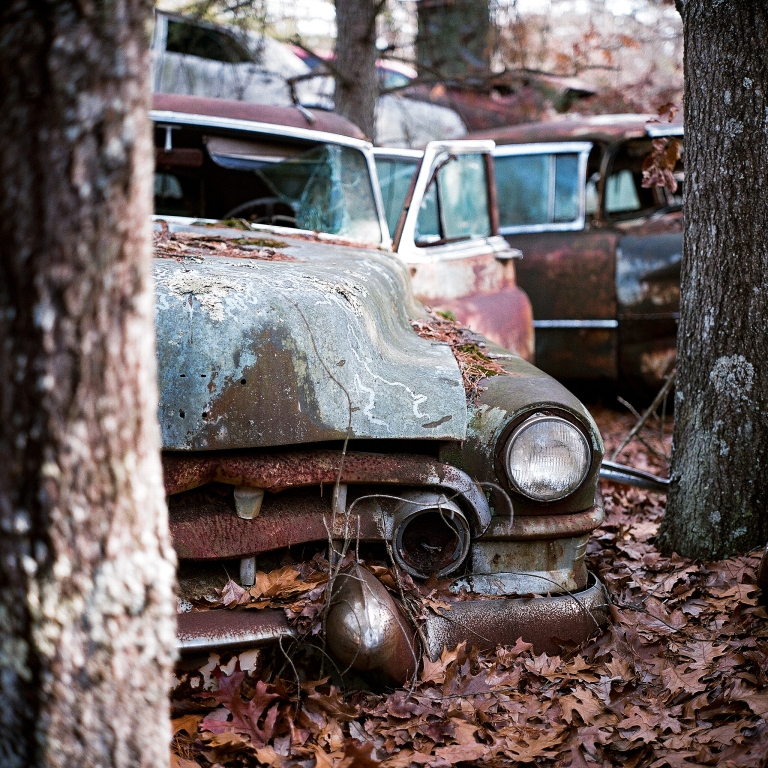 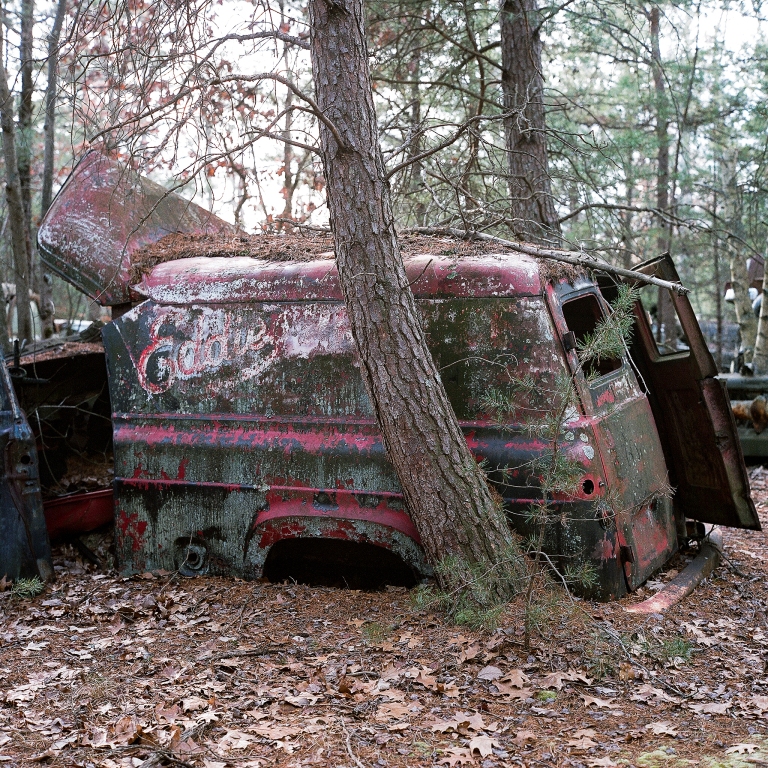 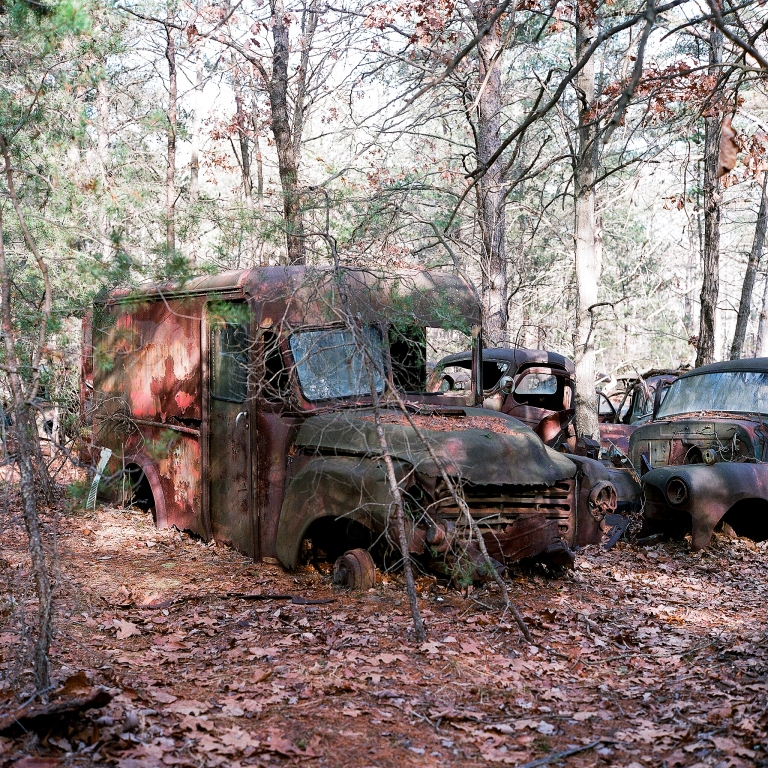 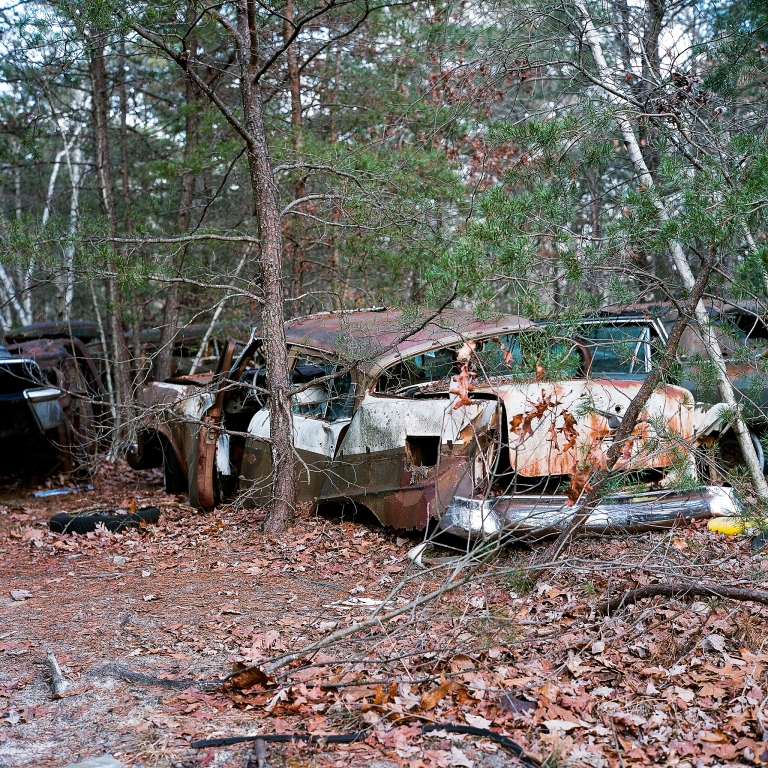 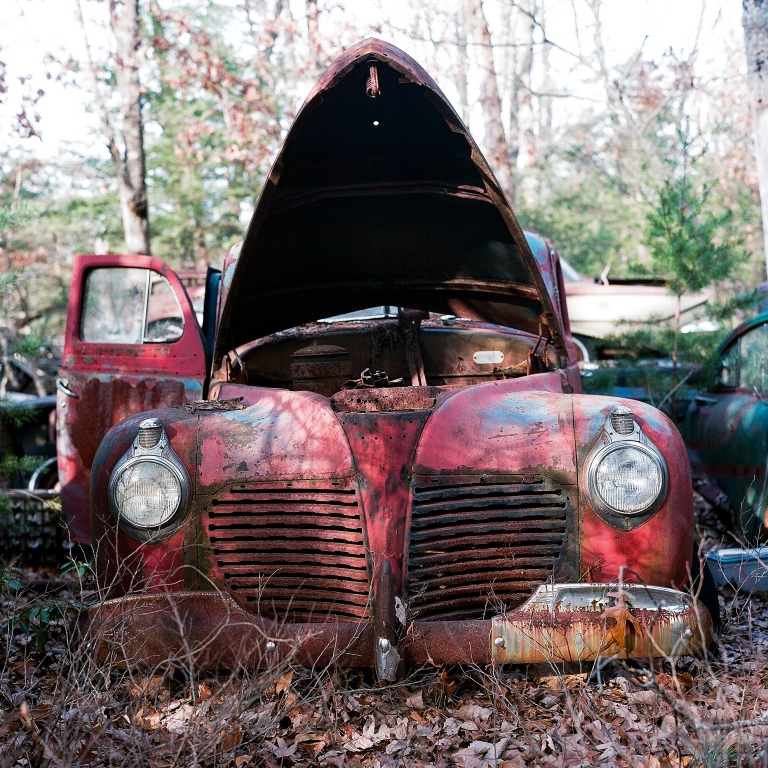 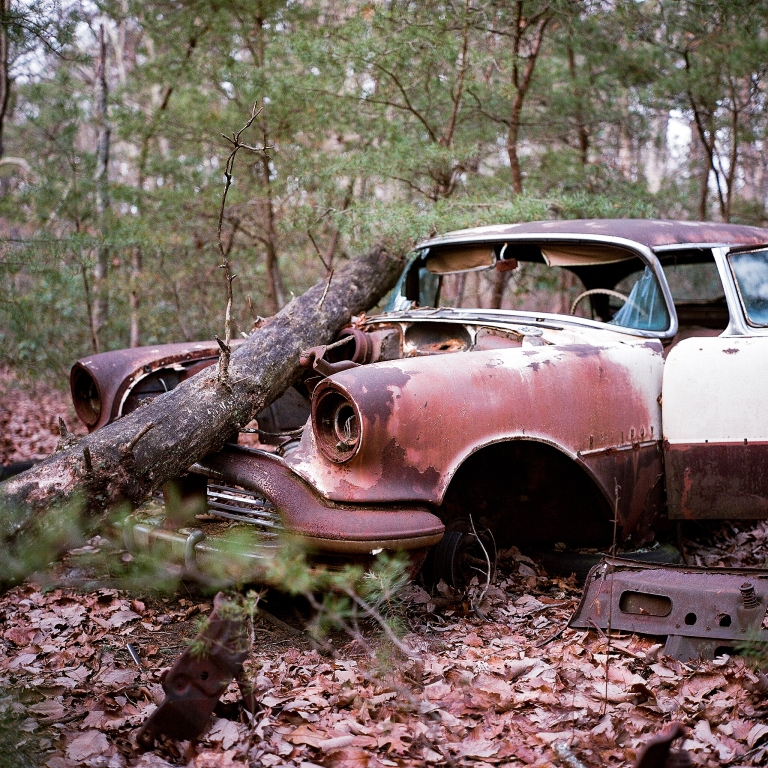 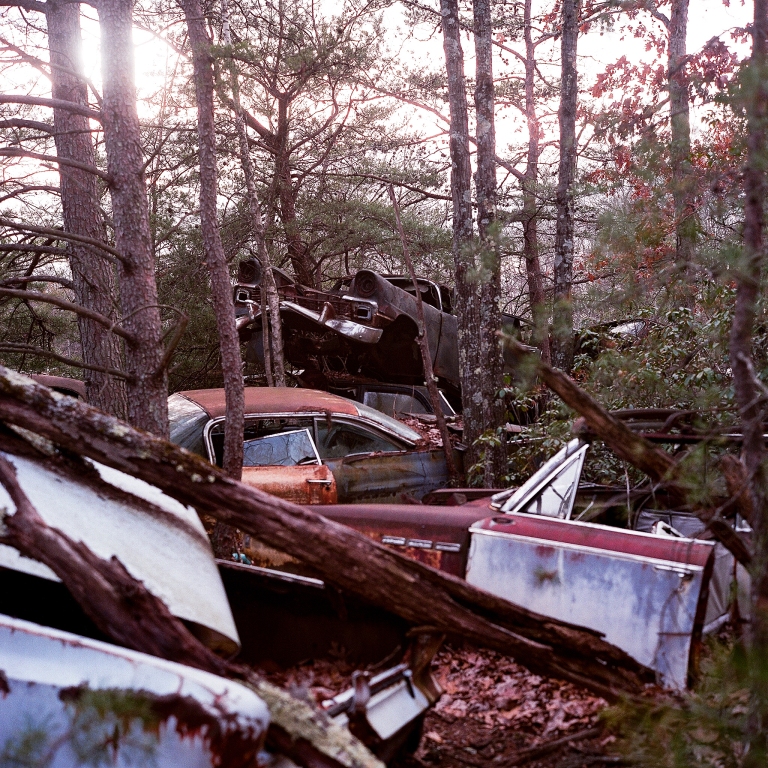 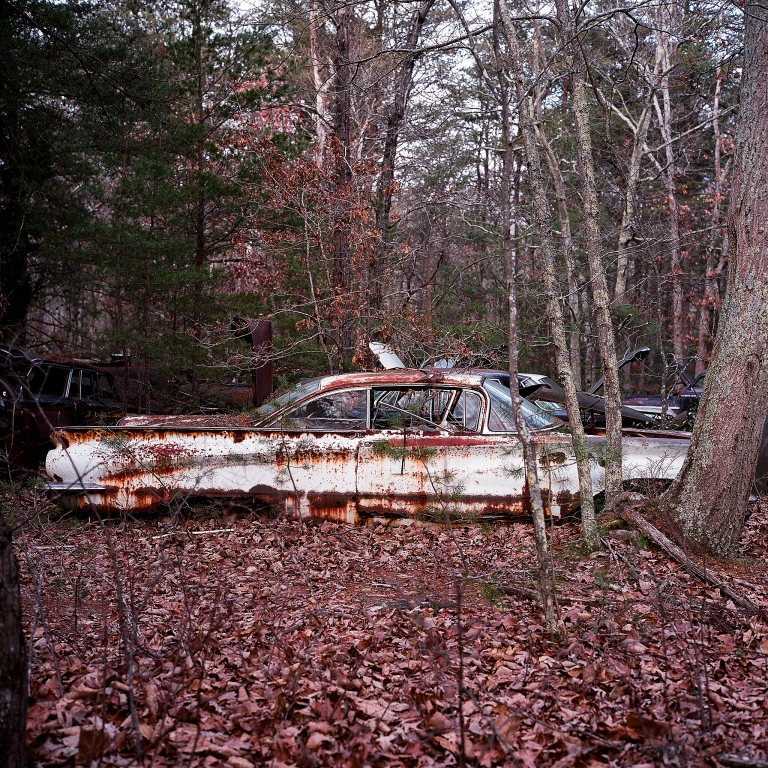 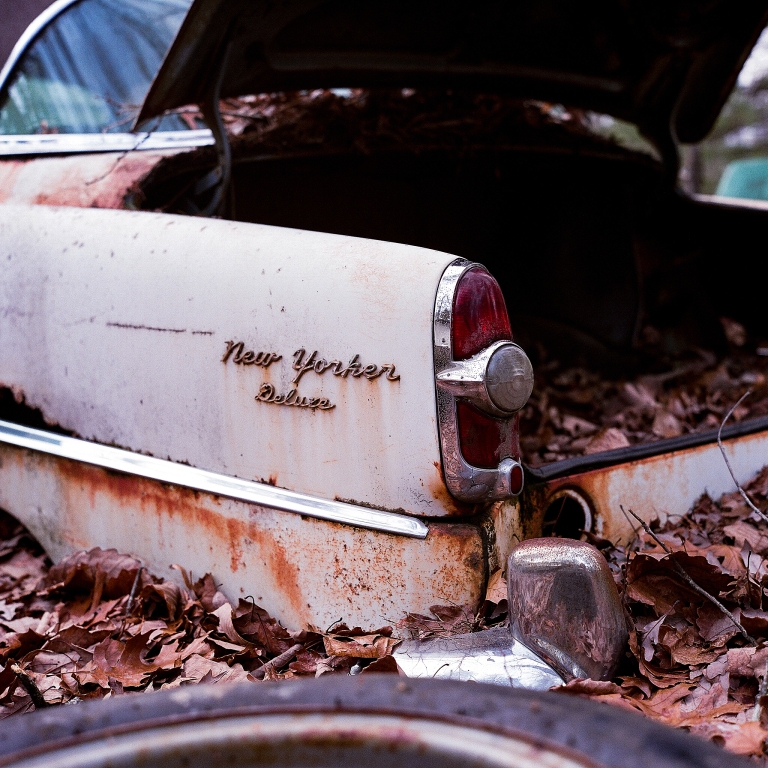 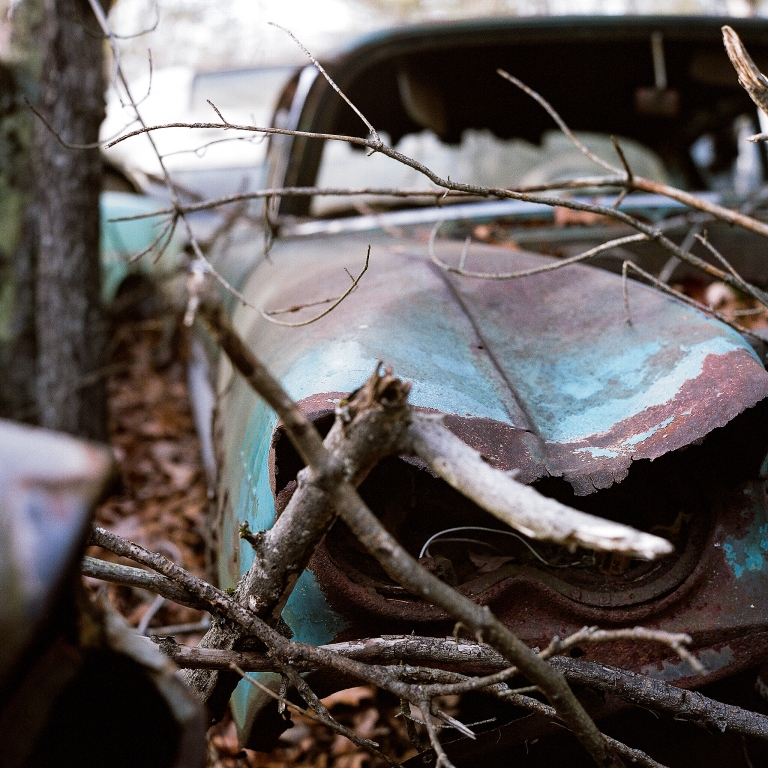 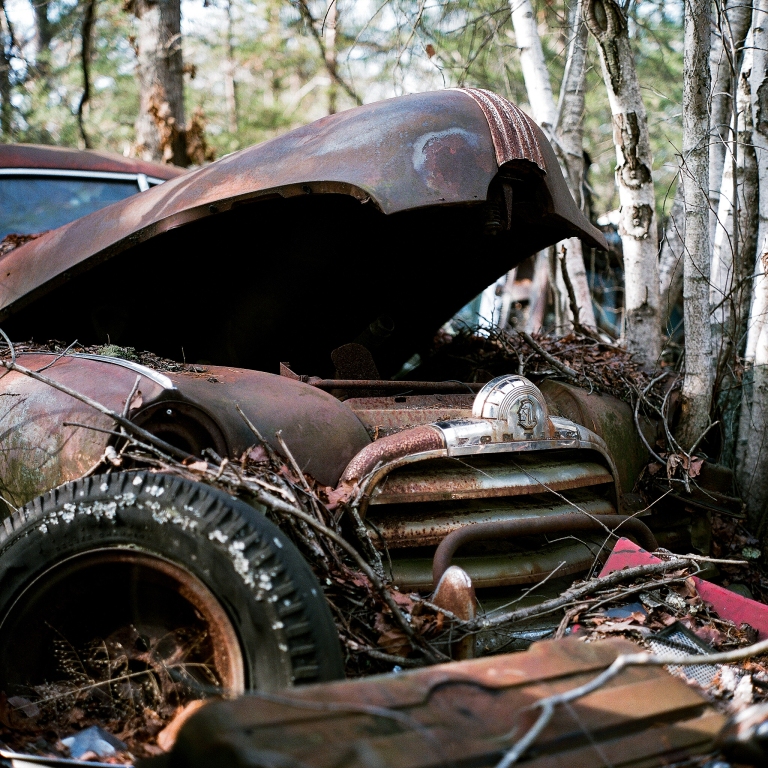 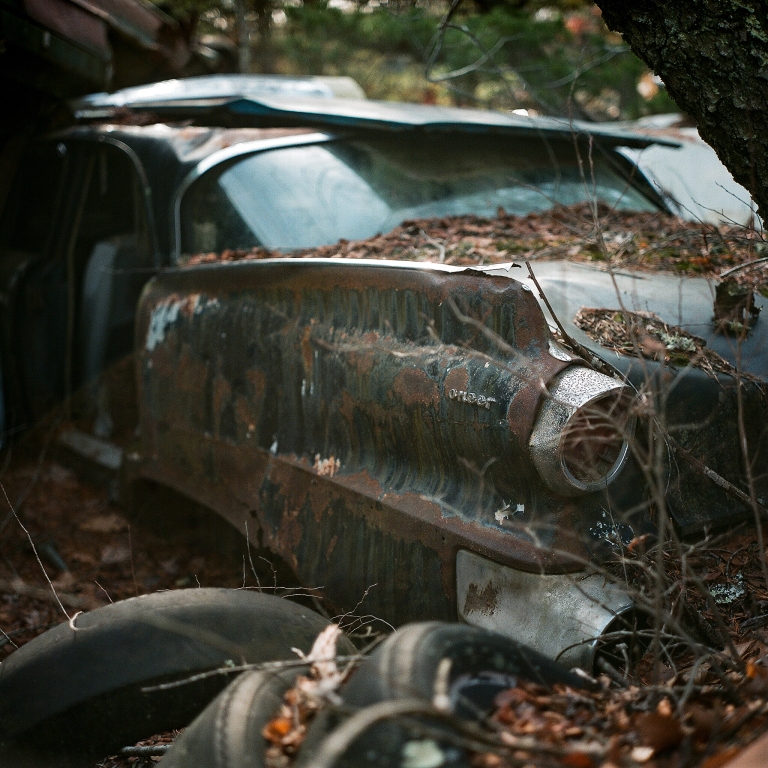 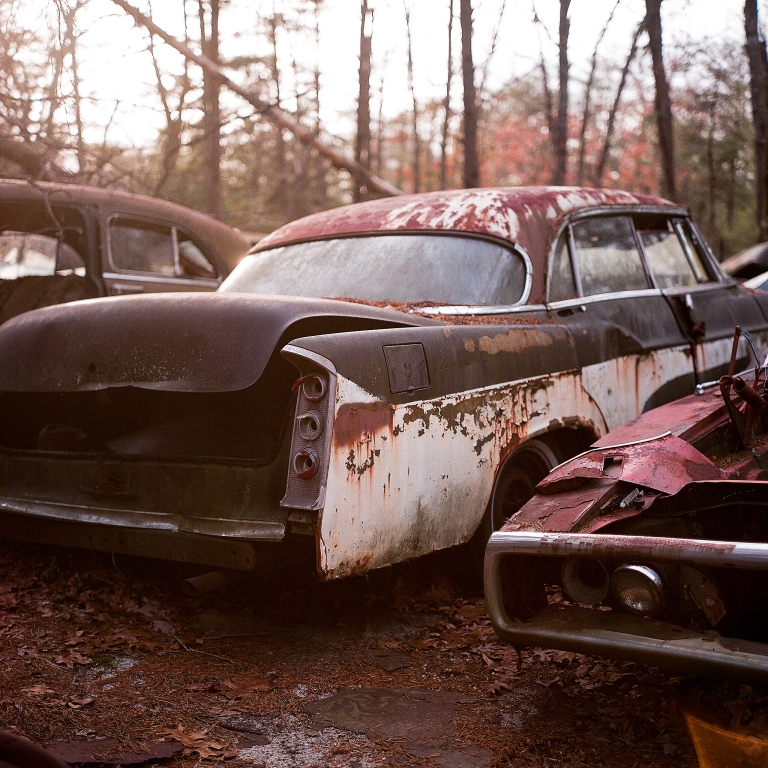 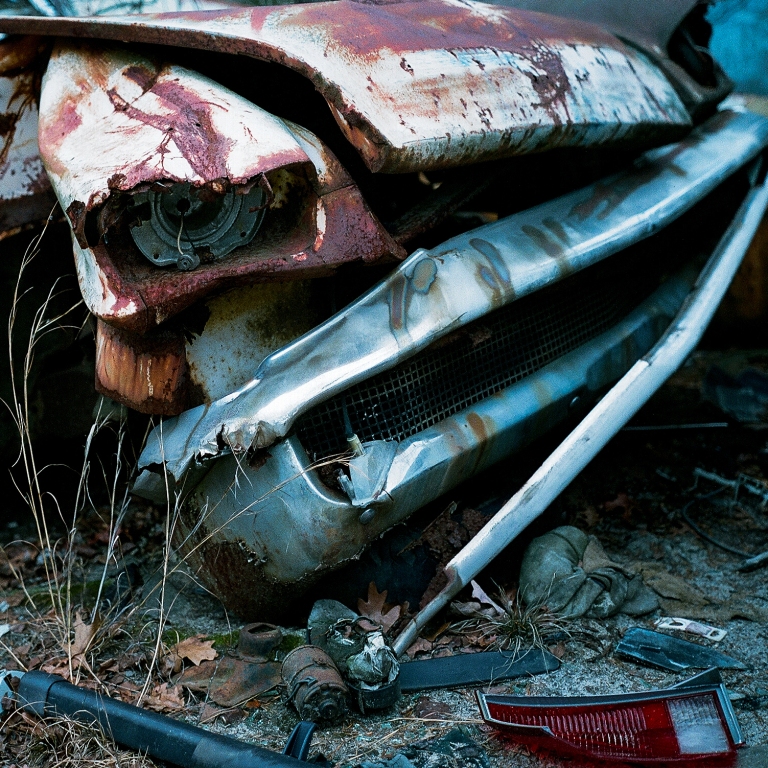 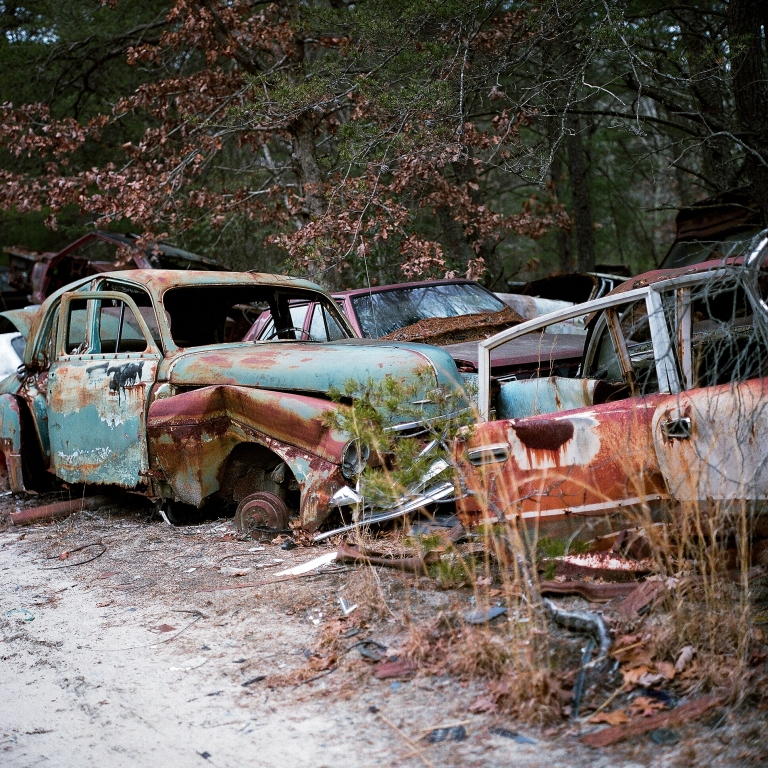 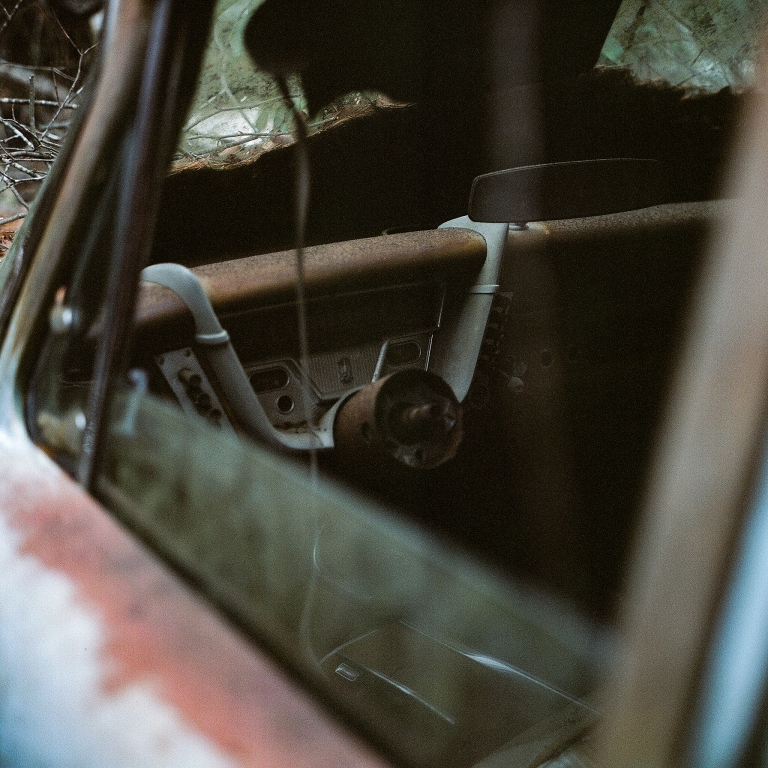 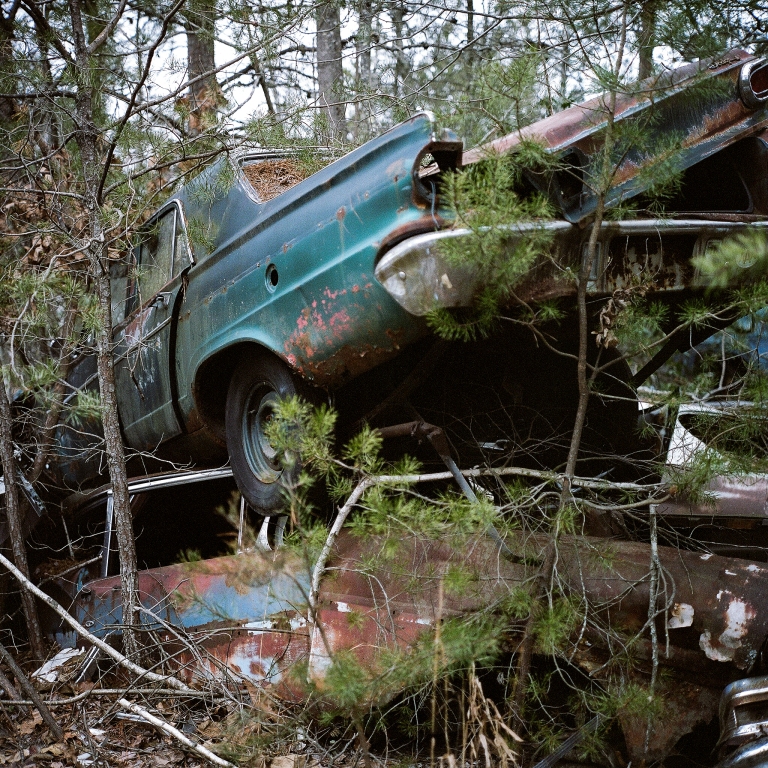 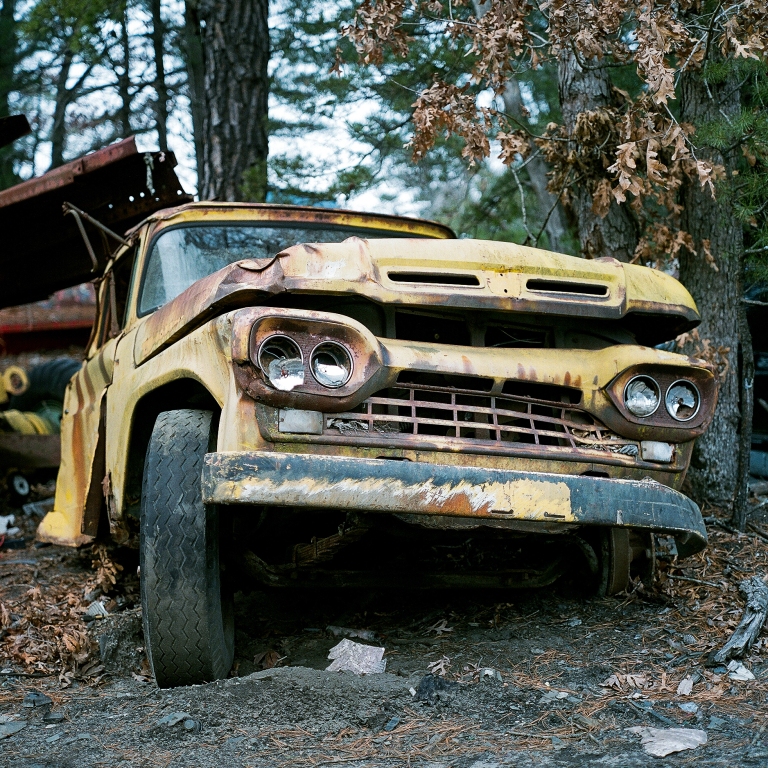 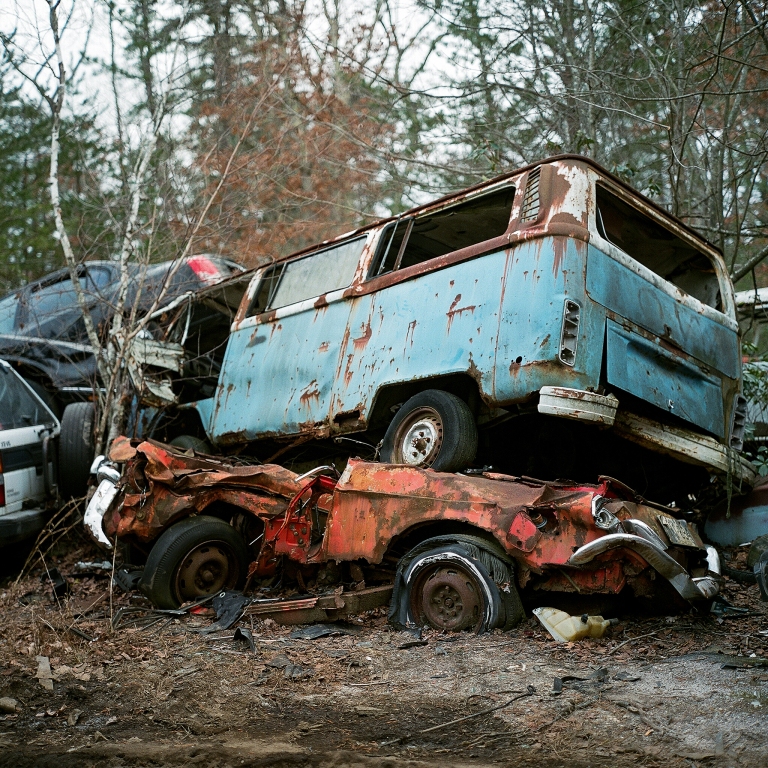 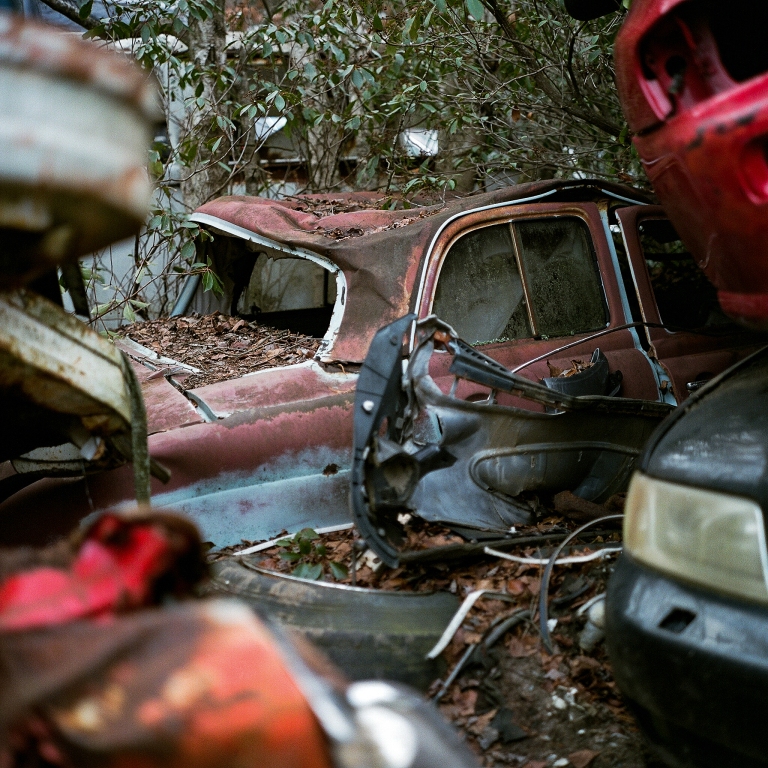 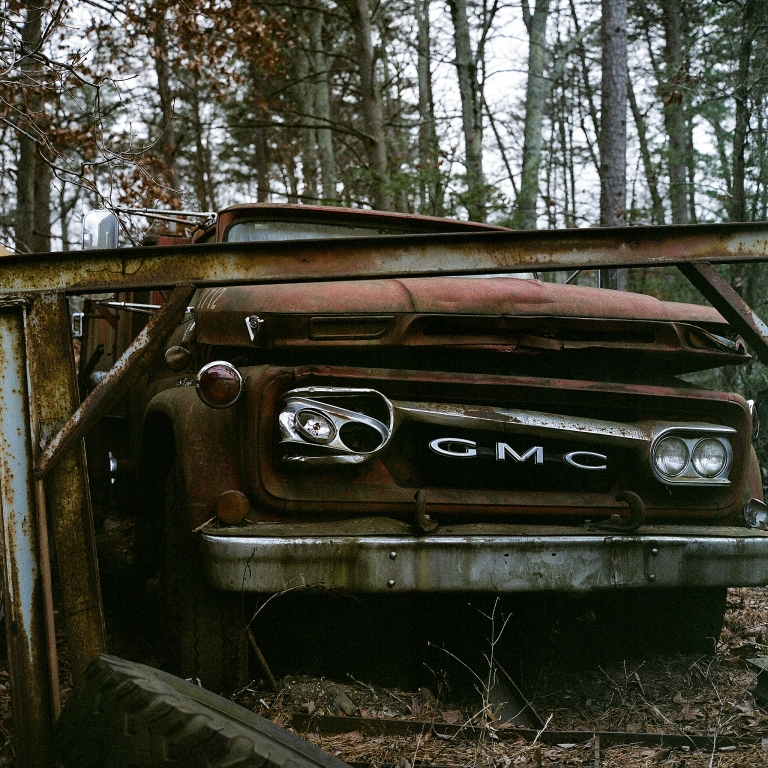 4 thoughts on “In the Pines”